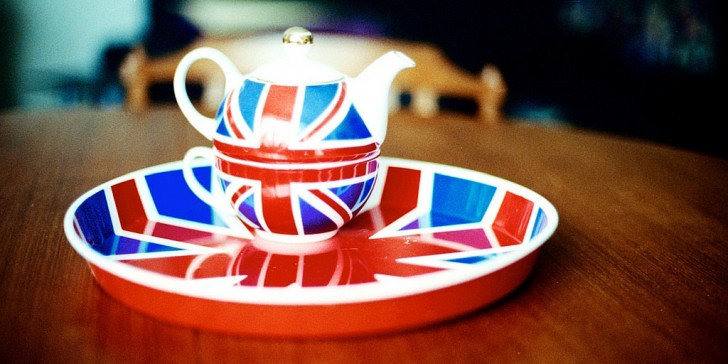 In his 1941 essay collection, The Lion and Unicorn, George Orwell remarked that “In England patriotism takes different forms in different classes, but it runs like a connecting thread through nearly all of them. Only the Europeanized intelligentsia are really immune to it.” Undoubtedly we are a different type of country today, and yet Orwell’s words strike a chord with me. I believe the EU debate will force us all to ask some pretty searching questions about our patriotism. Does it mean anything to be British? The Euroscpetic argument has largely been based on the issue of sovereignty. This is important but on reflection it is a secondary concern to that of identity. If Britishness means nothing what matter is it where our laws are made as long as the process is democratic and transparent?

Britishness does mean something to me, but it has an ethereal quality, a sense that I am linked to old Albion by the same thread that Orwell believed connected us all. Despite its otherworldliness elements of it are quite real, for me much is linked to place; where we grow up, where we settle, etc… My sense of identity is intimately, if not always consciously, shaped by the still shots of places and people that form my memories. In truth, I never feel for more British than when I’m feeling truly local.

So, as the EU debate forces us to reflect on our sense of identity from the top down then devolution should do something similar from the bottom up. Unfortunately, I don’t believe it is. There is no passion in me for devolution (positive or negative) and my concern is that the all-powerful drive for economic growth will make each place an attempted simulacrum of the most recent fad or success story. An unfortunate by-product of globalisation is its homogenising effect; locally this means each high street or house becoming a facsimile. Devo deals, with their clinical focus on economic growth, risk doing something similar. As areas evolve to maximise their economic potential, and by extension homogenise to do so, does their sense of place become less important, do they become less local?

I am British because I’m from the potteries, not the other way around. If you break the connection, the thread, that binds me to my place, I lose my identity, and with it my Britishness. I asked at the beginning of this blog if it meant anything to be British, my answer is only if it still means something to be local.