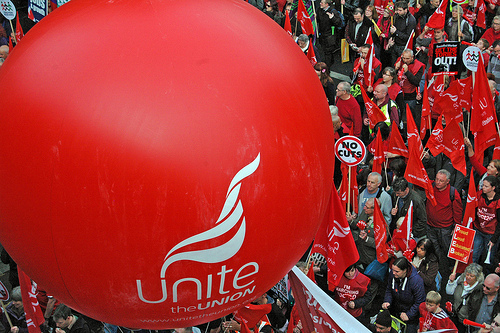 So there we have it.  The dust has settled on a General Election result few would have predicted.

Regardless of your political persuasion, what can’t have gone unnoticed is the role the trade unions have played in proceedings.  The grenade appears to have well and truly gone off in their hand as they seemingly backed the wrong brother (a move obvious to most at the time) in the Labour leadership race in 2010 and then could only stand by powerless as the Conservatives rode a wave of self-perpetuated post-referendum nationalism all the way back to Downing Street on a tartan-painted surfboard.  The response?  Blame Jim Murphy, the Scottish Labour leader of course.

Lord Mandelson has recently claimed that the unions abused their power to get left-of-centre Ed Miliband elected leader, and warns there could be a similar outcome this time.  “I am not happy with a party so dependent on people who pay the piper and, in many cases, can call the tune” he added.

On a more local level, and speaking as somebody who attempts to effect transformational change within the public sector, this has got me thinking.  What exactly is the role of the trade unions these days?  Valuable local workforce representatives, national policy influencers, or are they just not sure?

The statistics suggest that the trade unions have lost both their way, and their ability to influence local and national agendas; globally they’ve seen falling membership across most advanced economies over the last 25 years, and in Britain, workers are far less likely to be members of a union than they were two decades ago.  Within the UK public sector, despite a period of brief growth in the early noughties, membership is now falling year-on-year.  Why is this?

According to www.gov.uk… ‘A trade union is an organisation with members who are usually workers or employees.  It looks after their interests at work by doing things like:

If you are employed within, or even work with the public sector, is this a description of a union you recognise today?  I’d offer a reluctant ‘no’.

It’s time for the trade unions to go back to their original purpose.  The experience of my colleagues and contacts across the sector is fairly unanimous; when they’re good they’re great, and this is normally in supporting individuals who are experiencing issues with their employer.  But when they’re bad, they can be a disruptive and expensive distraction from the job at hand.  They have become, all too often, the barrier to progressive and necessary change, particularly during these times of austerity.  Stewards and local union leaders tend to be appointed on the flexibility their day-jobs provide them, and not as a result of the skills, knowledge or competencies they can bring to the table.  They need training in negotiation and communication skills, and much greater clarity of thought and insight around transformative thinking – there needs to be more phrases than just “no” and “in-house transformation is the answer” in their vocabulary.  The sector is facing unprecedented challenges, both financial and demand-led; and intelligent and responsive trade unions, capable of acting as partners, are an absolute must.

Writing this article is actually quite a sobering experience for a former union member and fan.  For a movement whose origins can be traced back to 18th century Britain and the onset of the Industrial Revolution, they need to go back the drawing board.  Now more than ever, the public sector needs trade unions that are modern and agile in their thinking, whilst being responsive to the complexity of the debates happening in our town halls.  Marches and strikes may feel rebellious and empowering, but the days of them actually capturing colleague and public support are long gone, and now they appear to simply delay the inevitable whilst creating more cost to the taxpayer. The response to this from our government? New thresholds in public sector strike ballots in the Conservative manifesto.

Times are changing, people are changing, and local government needs to radically alter its function, shape, and size in order to deliver sustainable services to our communities.  So trade unions, how about forming a union with the public sector and help it face its challenges head on?