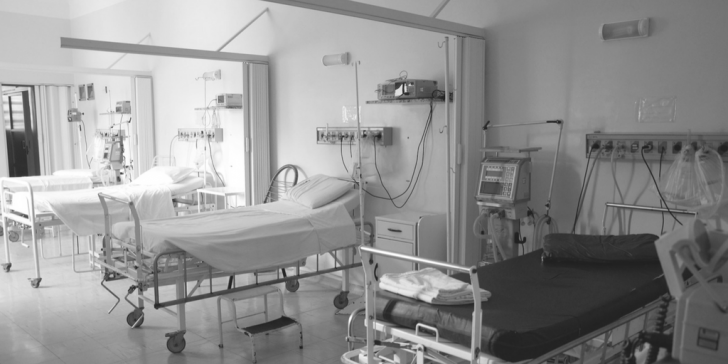 Like a lot of people over the Christmas period, our family was plagued by coughs and colds and general malaise. Add a 91-year old into the mix though and whilst the rest of us hunkered down and had a few duvet days, his cough progressed into an infection that progressed into pneumonia and before we knew it he was being sent to hospital as an emergency admission.

This is usually the point in the story where I start to regale you with the horrors of short staffing, overcrowded wards, long waits on trollies and staff too busy to care properly. But, that wasn’t our experience at all. The ward was well run and the staff at the hospital couldn’t have been nicer. Even when the infection resulted in full blown delusional behaviour – including an incident with an electric shaver that has now entered family folklore – they retained a level of professional care, support and compassion that could only be admired.

Our experience of all the staff from Nurses to OT to Consultant was that their overriding raison d’etre was to provide the best care possible and be confident that their patient was well enough to be discharged safely. There was never ever the slightest hint that they were trying to push him out before he was ready or any sense of impatience driven by the reported discharge crisis facing our hospitals as the winter pressures start to bite.

But, and there is always a but isn’t there. Whilst we saw some fantastic practice and experienced some truly wonderful care we also saw first-hand how the thinking and processes driving professional behaviour are locked in a pattern that encourages dependence on the state and drives an approach that seems destined to result in blockages in the system.

To be discharged, my father in law needed a few items that would enable him to retain his dignity and independence at home. These were pieces of equipment specified by the hospital OT and provided as part of a care package. A care package that the OT suggested could take some weeks to be organised. Her very well meaning solution to deal with the delay was for my father in law to stay in hospital in the same bed until the equipment was available and he could go home.

Luckily for my father in law, who has an aversion to hospitals bordering on a phobia, his son was on hand to do a quick sweep of the internet and locate all the items that were required. They were duly ordered and such is the magic of the internet a steady stream of parcels started to arrive the next day and my father in law was discharged that afternoon. The cost of sorting this was less than £40 including post and packaging!

The outcome had he not had an internet savvy son on hand though would have been very different. No doubt he would have been encouraged to stay in hospital thereby taking up a bed that was not really needed. He may have become slightly institutionalised and who knows, if he had been really unlucky he may have picked up a secondary infection. In short, by failing to thinking creatively and outside the traditional system processes, that well-meaning OT could have inadvertently set in train a whole domino effect of unintended consequences.

Now, it would be easy to dismiss this as one of those slightly interesting anecdotes if it wasn’t something that we see up and down the country as IMPOWER does observational work with care professionals. The use of certain priming language that encourages dependence, even when the professional is seeking to do their very best by their client. The way that professionals are so stuck in following assessment processes and being driven down certain commissioning routes that the common-sense approach is somehow lost amongst the ‘process’.

Anecdote or not, if my recent experience is anything to go by then the cost savings that can be attributed to thinking smarter could be significant and our non-anecdotal experience of working with Adults departments up and down the country, proves that the impact of changing the behaviour of professionals can have a profound impact on how we approach delivering services. Given the financial pressures in the health and social care system, it’s worth noting that sizeable monetary savings also happen to be a nice by-product of this too.

We also often talk about needing to achieve that holy grail of reducing costs whilst delivering better outcomes. Well, instead of sitting in a hospital bed feeling sorry for himself I’m pleased to report that the 91-year old is currently back at home being well looked after by his long-suffering wife whilst complaining that someone has tampered with his TV remote whilst he’s been away. The bed at the hospital has been freed up and the cost of the ‘care package’ which was purchased from Amazon for less than £40, was procured within 5 minutes and in place in less than 24 hours.

So yes, this blog is largely built around an anecdote but sometimes anecdotes are the best vehicles of truth.

Top 10 most productive councils in England: 2018

Which councils are spending their money most effectively and getting the best outcomes for citizens?