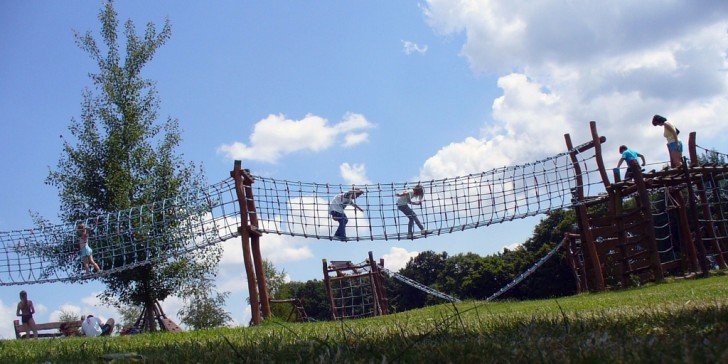 There is nothing quite like a new baby to make you think about the future and reflect on what needs to be done to make the world a better place. Clearly, Mark Zuckerberg and his wife were having similar thoughts this week which they shared in their open letter to their baby daughter. In their reflections on what needs to happen to make the changes needed to deliver improvements, they both landed on an unarguable truth which is that “the greatest challenges require very long term horizons and cannot be solved by short term thinking…we must make long term investments”.

Whilst the Chancellor devolved political risk to local authorities in tackling the increasing costs of adults social care there was no response to the continued rise in demand for statutory services for vulnerable children and families.

Adult social care spend is now politically, if not technically, ring fenced. And if the real terms increase is to be honoured, other services will bear the burden of the real terms reduction in overall spending power. For many councils this will inevitably be more challenging than estimated, depending on the timing and extent of the council tax and business rate take.

As one of the largest spend areas for most upper tier local authorities, Directors of Resources must now focus on how to cut the ‘Gordian Knot’ of spiraling costs across children’s social care driven by a 10% rise in Looked After Children numbers over the last 5 years.

Our conservative estimate shows that, nationally, local authorities have faced additional costs of over £½billion in the last 5 years through the increased numbers of children entering care and the increasing use of agency social workers (to cover the 15% national social work vacancy rate). This figure does not include the increased costs faced by the growing number of Unaccompanied Asylum Seeker Children entering the UK, which local authorities such as Kent have had to handle, or the impact that an Ofsted inspection (’Good’ or not) can have on local demand. (With even positive grading’s leading to increases in referrals across the board.)

So, as Finance Directors (FDs) are tasked with taking more money out of the system over the next few years, to what extent can we expect them to bank on ‘jam tomorrow’? Everyone knows intuitively that investing to save in the longer term is the right thing to do but realistically how many FDs will be able to hold their nerve when the impact of the cuts to those services won’t be felt for some time in the future and if we are being honest, are unlikely to be the cuts that will have any ‘political’ impact. Won’t they be that bit easier to be accepted by local constituents?

So, what are the options? Our work with local authorities up and down the country has shown there are still significant opportunities to drive down cost across the children’s system with demand not only able to be influenced but also avoidable; particularly in the areas of prevention and placements. However, doing so requires complex, whole system solutions underpinned by a more profound understanding of demand, its drivers, sources of influence and evidence based on impact.

To achieve the reductions laid out in the CSR, protecting and investing in early intervention must be a central focus for councils over the next few years – albeit with a greater emphasis on integration and targeted demand reduction. Our recent work has shown that there are real opportunities here, for example: –

Despite the cuts there is still significant money locked into services that could and should be recognised as early intervention and prevention focused. Often, however, it isn’t recognised as such or we have pockets spread across different parts of an authority, including public health, which dilutes it’s impact.  Frequently, the support offered isn’t integrated with support provided elsewhere in the system and it is therefore difficult to quantify the real benefit of what is usually fantastic and innovative work.

Whilst cutting prevention and early intervention is without doubt a false economy, it is difficult to see how an argument can be won without more evidence or at least more assurance that what we are doing will help tackle root causes and stem the demand pressures going forward.  That requires the wider system to work together more effectively to get that evidence.

And there is some fantastic evidence that supports focusing on prevention and early intervention.  Having worked with one authority on these specific areas recently, we helped move their children’s services budget from a £3.1million overspend driven by their social care placements in 2012/13 to a £4million under spend in 2014/15 – supporting them to invest further in preventative resources and demonstrating success if the whole system is tackled in this way.

Despite all the noise in the system about failing children’s services it remains the case that we still cannot adequately link spend to children’s needs or their outcomes. What does a ‘good’ children’s services cost to deliver?  At what point is it a cut too far?  With an ever increasing number of children services rated RI or inadequate, how can we possibly be looking at reducing the funding for those services?  It’s not as though it’s a calculated risk that these services are strong enough and will manage to remain standing. So many are already falling over, so is the only conclusion that as a society we simply don’t care or have we just not been able to find the voice to lobby for greater funding (see the reports by the National Audit Office)?

You could argue that the CSR and the silence around protection for children’s services was the loudest call for transformation that needs to be heard by Finance Directors.  They must play their part in this, both by challenging and supporting services to build an undeniable evidence base and, in the meantime, by quite frankly holding their nerve.

Most Section 151 Officers intuitively recognise that a retreat to statutory functions will only result in greater pressures down the line. Sadly, some will run out of ideas, time or reserves to do anything else. The most forward looking however will partner with Children’s Services to target demand side gains as relentlessly as they have supply side efficiency.  For this to work though it will require trust on both sides.  It will need an understanding of the whole system and a focus on the impact different levers being pulled can have across the system. Perhaps most importantly, it will need both sides to have the nerve to see it through.