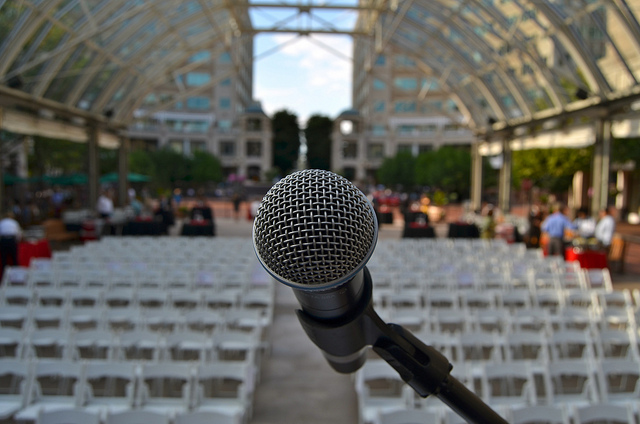 Sitting down to write this post made me sit back and reflect over my many years’ experience working in and with the public sector, and local government in particular. During that time I have been privileged to work with a number of individuals who in particular moments of immense challenge displayed great leadership, and then with some where their leadership style was less appropriate.

My considerations have led me to the conclusion that leaders in the public sector, and local government particularly, now face an increasingly complex environment in which they must try to deliver the sustainability of basic public services. At a time of financial contraction and social uncertainty the question on my mind is; what will great leadership look like in a world that is rapidly downsizing?

In my book, one of the most complex challenges is fostering a culture of effective management. This does not manifest as a by-product of the systems and processes that are put in place or the RAG reports that are produced. It’s about setting clear priorities that will be managed and upheld. It’s about challenging constructively at all levels of the organisation, identifying what can be improved in quality and cost terms and encouraging an environment conducive to learning. Through this people can demonstrate the impact of improvement initiatives and consistently drive messages through from the top to the bottom of the organisation. To achieve it leaders need to encourage positive independent challenge from their colleagues, seeking honest perspectives on the most sensitive of issues. We would call it a positive learning model.

I’ve written previously that the ‘Heroic Leader Model’ has had its day. The world is too networked and too complex to tolerate it. Our reliance on other partners and organisations is more important than ever to achieve improvement in public services and outcomes for individual citizens. I would assert that power has become critically linked to one’s connectivity. The devolution agenda for example will require a greater degree of complex negotiation and influencing than we have probably seen across the public sector in recent memory. The most networked among us wield the most influence. To build those networks in a public service context a leader must first understand the differing incentive mechanisms that drive their partner’s behaviours. The goal being that once you hold this knowledge you are better able create alignment of purpose. When others aren’t naturally incentivised to collaborate, your network, and knowledge of it, will allow you to succeed where others would fail.

Arguably most important, we need to question what information or insights are really shaping decision making. Historically when we are confronted with complexity we have relied on personal status and professional judgement. In part this is because we have allowed certain services to adopt a ‘we know best’ paternalistic mind set towards citizens; but also simply because we didn’t have a credible alternative source of information. This is now no longer the case, with deeper levels of citizen and behavioural insight available to public service organisations if they choose to seek it out. How a leader gains understanding about what citizens need, want and expect will be critical to changing the status quo. One could argue that the late Steve Jobs was a great example, understanding and anticipating the needs and wants of people before they even really knew it themselves, and designing a solution that met them.

A leader that has in place a strong management culture where the organisation can evidence it constantly learns, where they understand the complexity of relationships they need to negotiate, and is driving for a new insight into the people they serve is indeed in a great place. In a world where the ownership and mandate for public service reform is more distributed than at any point in recent history it is hard to imagine an effective public service leader embracing anything less than I have described.

Great leadership is still needed but the key to unlocking it is an acknowledgement that the business of public service is increasingly about untangling social complexity and all that that entails. This has some profound implications, with a significant one being the tension between performance and improvement. If public services and the needs they addressed were static and predictable then performance is a neat measurement. However, we have already established that we’re leaving that world behind. Modern public leadership will be shaped those of us who are less interested in how we have performed and more interested in how we are improving. It is a subtle distinction but carefully encapsulates the divide between the immediate past and the near future.