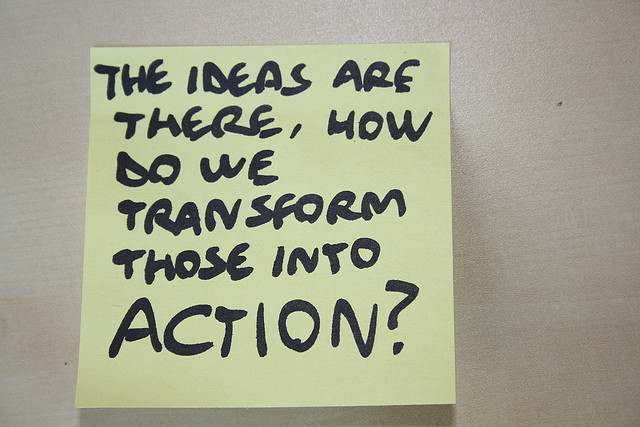 The idea of an ‘Intelligence Hub’ isn’t novel. There have been a range of attempts at creating a function that offers strategic level insight that is transferable to the service and usable on the front line in both central and local governments around the world. In our Inflection Point report we suggest the Observatory model as one that councils should consider, primarily because of the analysis and independence they have. However, in the report we deliberately stepped back from detailing exactly what an insight hub should look like; primarily because the report wasn’t about insight hubs but also because each organisation will rightly have variations depending on their needs.

From conversations since the report has launched however the most common issued raised has been what do functions, such as the insight hub, actually look like? Is it a team of people, is it a programme, is it just embedded in every day activity? To this end we’ve sat down and actually sketched out what my version of an INSIGHT Hub should be.

Councils need this function. We must put that belief up front. Many local authorities have decimated their critical thinking capacity in the last five years. It was an understandable response to the spending challenge. The existence of 100 person plus policy and performance functions is unlikely to return anytime soon, if at all. Yet the need for strategic thinking capacity at the heart of councils is severely needed. As budgets get tighter and the choices get tougher, making the right call, driving change and delivering results becomes ever more important.

There are a number of different takes on what an intelligence function should look like. They range from purely performance management functions to out and out blue skies innovation labs. Having reflected on exactly what we think is needed we have drawn the below graphic which constitutes what an IMPOWER INSIGHT Hub is and what it is made up of. 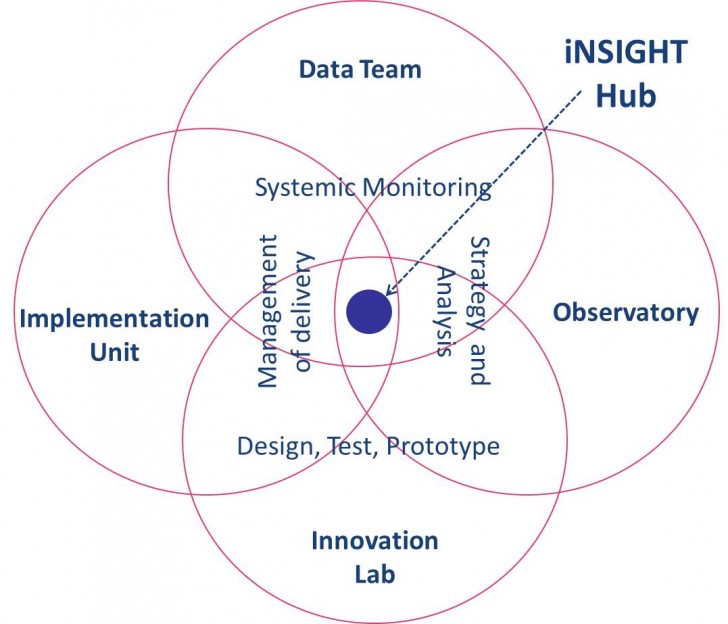 It is in effect a considered blend of different functions that public services can benefit from. In our model it is made of four distinct teams.

The Observatory – an outward looking research and monitoring function responsible for taking a system wide view of the organisations changes and offering analysis that can help refine strategy and plans.

Implementation Unit – a team responsible for the management of delivery, driving the priorities of the organisations or service forward and the primary relationship holders with services.

Each of these ‘teams’ on their own would be of real value but it’s in their combination, and broad range of skill sets, that you develop an effective mechanism to drive change. The INSIGHT Hub sketched out above would be rooted in services but answerable to the leader and chief executive. This is largely because it would need co-ordination to ensure it got traction with services but was equally an important part of driving the leadership’s narrative

Such a team would need not be more than 10 – 15 people in size initially. Although it is likely that many of the skills and capabilities currently don’t reside within local government (however there will be exceptions to this).

We’ll be releasing a series of posts explaining in more detail how to make the recommendations of The Inflection Point a reality. The next in the series will focus on the skills needed in an operational INSIGHT hub.

This article was written by Liam Booth-Smith and Martin Cresswell