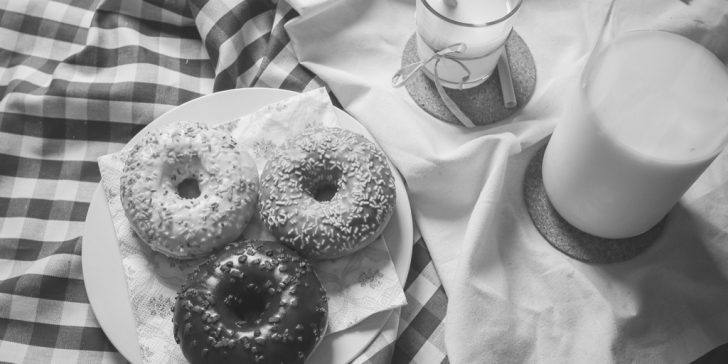 By February 2016 there still wasn’t a strategy but Jeremy Hunt had upped the rhetoric, describing childhood obesity as a “national emergency”. Jamie Oliver was also upping the hyperbole, threatening to “get more ninja, go a little bit more underground and a little bit less nice” if a sugar tax wasn’t forthcoming.

That Jeremy Hunt wasn’t at the PHE conference this year wasn’t really a surprise. The March 2016 budget gave George Osborne the chance to steal some of the limelight with the announcement of the sugar levy – that aimed to reduce sugar in drinks by 20%. This was not a sugar tax.

By the time the ‘strategy’ was launched in August it had morphed into a ‘plan for action’ that could be politely described as concise and was received with disappointment by those working to improve outcomes for children and young people. Content that had been in previous drafts failed to make the final cut (for example, promotion of two-for-one deals and advertising junk food) and there was no outline for any additional funding or support.

Last year I wrote about the unique challenge of tackling childhood obesity, outlining the difficultly for those tasked with tackling the ‘crisis’ faced when identifying interventions. This was the list then (that still stands):

The authors of the action plan seem to be acknowledging these challenges very early, stating that they are “confident that our approach will reduce childhood obesity while respecting consumer choice, economic realities and, ultimately, our need to eat.” That’s a hard thing to be confident about.

It also highlights that there isn’t a silver bullet to reducing obesity, pointing to key drivers including “our behaviour, environment, genetics and culture.” Rather than tackle these (that’s very hard) they have identified the ‘root cause’ as an energy imbalance “taking in more energy through food than we use through activity.”

This brushes away the vital behavioural and cultural issues. A sugar levy by nature means you either reduce energy in or increase energy out – but not both. The first potential scenario is that drink manufacturers don’t reduce sugar levels and take the hit on the levy (potentially passing it on to consumers via all their products – with high or low sugar levels). This money would then be reinvested into equipment for schools to encourage activity. So in this scenario ‘energy in’ stays the same, ‘energy out’ goes up – we hope.

A second scenario sees the threat of a levy work and drinks become less sugary (potentially replaced with artificial additives instead) but there is no additional funding for schools to do more activity. So energy in potentially reduces while energy out stays the same.

The second scenario feels the most likely. There is a clear sense that manufacturers will find a way to reduce sugar to avoid paying the levy meaning that a “national emergency” costing £4.2bn a year to the NHS receives no additional funding.

There are other, less headline grabbing measures in the action plan but there is nothing new or robust enough to provide much hope that things will change. The strategy is indeed aimed at school aged children even though much of the evidence in this area points to the need to act much earlier. Continued cuts to children’s centres and early years provision will have a greater negative impact than any positive impact of the measures outlined in the Obesity Action Plan.

Jeremy Hunt said last year that the NHS “will go bankrupt” without action. This is a ‘national emergency’ that there is no real appetite to tackle. We pin our hopes on Jamie Oliver’s ninja-like, ‘not very nice’ approach or a shift in government policy that focuses on well-funded, robust prevention activity – neither fills me with a great deal of optimism.