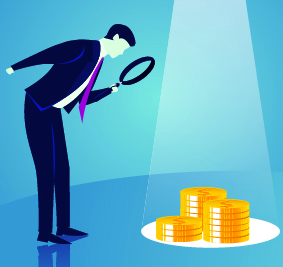 Another day, another news story depicting the breadth and depth of the challenge facing children’s services departments across the country.  Hot on the heels of the Stability Index, this week has seen the release of the Care Crisis Review, and the publication of ‘Public Spending on Children in England: 2000 to 2020’, a report commissioned from the Institute of Fiscal Studies (IFS).  Guess what? Demand is increasing, and there’s not enough money to go around.

Whilst the IFS report doesn’t reveal much that is new to those who work in or with the sector, it does summarise for us the scale of the challenge:

It is widely accepted that children’s services are underfunded.  Despite this, they essentially remain a political afterthought, both locally and nationally.  What can be done to change that?  From my perspective, it would make a huge difference if there was a more consistent and evidenced narrative regarding local demand, and the costs of meeting it.

We know there is significant demand in the system that doesn’t need to be there, but can the sector evidence an understanding of it and responses to it, in each and every local authority?  Can it be demonstrated that early help and edge of care services are focused on genuine and evidenced needs within local families and communities, and that partner behaviours are understood and influenced by consistent feedback on referrals?  The answer is probably not.

Our work with children’s services departments across the country shows that, on average, 42% of Looked After Children cases could have been prevented with a different, more coordinated and more timely system response.  Last year, we set out the case for using a co-ordinated demand management approach in our Turning the Tide report.  This involves introducing an approach which can confidently and safely redirect resources away from the provision of expensive crisis care, and towards early help measures.

Looked After Children are arguably the most important cohort of children and young people needing state support – and as the IFS have highlighted, they are definitely the most costly.  A stronger and more forensic approach to defining, meeting and reducing their needs is required, to enable better outcomes, improved life chances and reduced costs.

A lack of investment is absolutely part of the problem, but there is also another aspect to it.  The sector needs to strengthen its argument for more funding by demonstrating a much deeper understanding of how money is currently spent, and what difference it makes.  By developing a more systematic understanding of demand, and correlating how that drives cost, it is possible to demystify one of the most important discussions in local government; what is the right level of funding for vulnerable children.