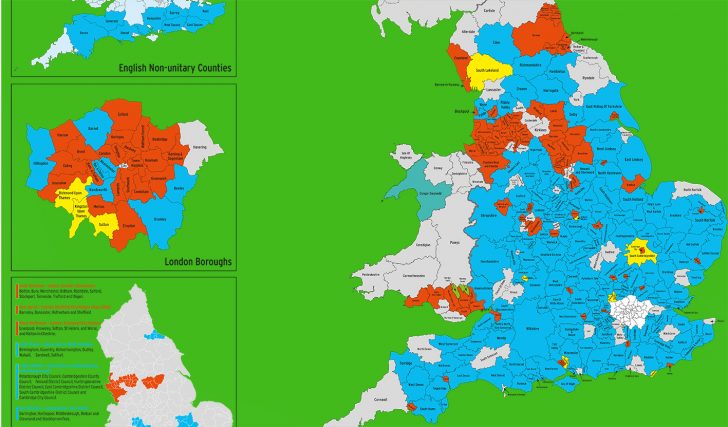 This article was originally published in The MJ on 24 May 2018.

Much of the analysis of the May local elections was inconclusive. Most of it, inevitably, was only framed from a national political standpoint, and looked primarily at winners and losers – without being very clear about which parties actually “won” and which “lost”.

We therefore thought it would be far more interesting to look at whether individual councils’ performance had any correlation with the election results.  Were voters able to use their vote to comment on the outcomes that their councils had been delivering? Using our IMPOWER INDEX – a tool which looks at local government productivity across six different domains – we crunched the numbers.  To clarify: productivity is not the same as efficiency. Our index doesn’t rank the cheapest councils but rather looks at the outcomes that they deliver.

SPOILER ALERT: There is no correlation.

This statement must come with several important caveats, because we only looked at:

2)     Of the councils with the lowest productivity, few changed control

The chart shows the change in control for the 20 councils with the lowest productivity in each of the six different domains. Poor productivity does not appear to be a strong influencer for voters, even in services like waste and recycling which more people experience.

A 2010 study in the US tried to isolate the impact on voting of events that are outside the control of the government, and for which no government response would be expected.  Some of the findings included:

–        A win for a local college football team in the 10 days before election day causes the incumbent to receive an additional 1.61 percentage points of the vote.

Who’d be a politician?

Top 10 most productive councils in England: 2018

Which councils are spending their money most effectively and getting the best outcomes for citizens?