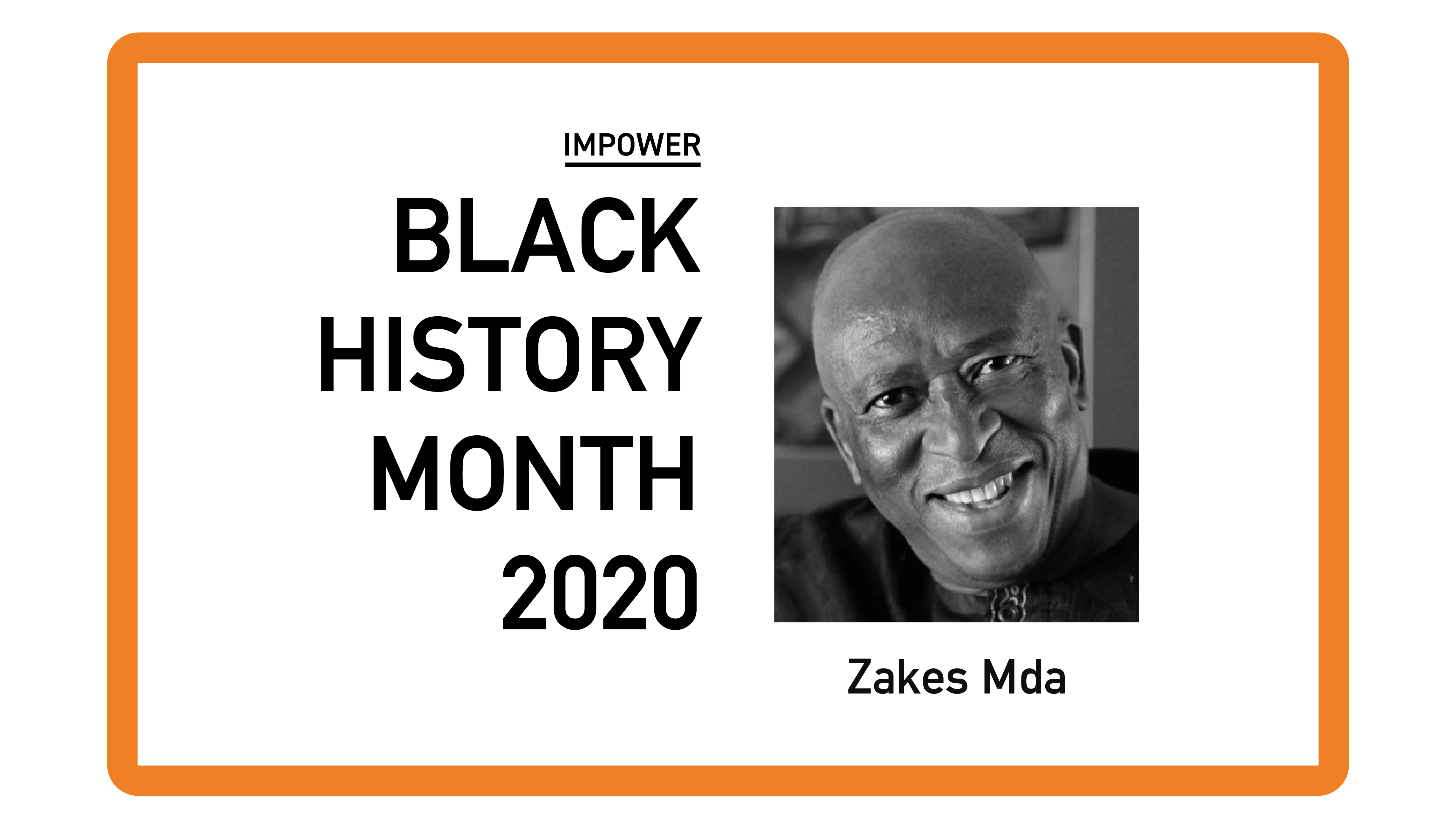 My influential person for Black History Month is a South African novelist, poet, playwright and educator, Zanemvula Kizito Gatyeni Mda (better known by his pen name Zakes Mda). Mda was born in 1948 and grew up in the black township of Soweto in Johannesburg during the heights of the apartheid. At the age of 15, he fled into exile with his father, a political activist, to Lesotho for several years.

He soon discovered his passion for the creative arts, choosing to write in his indigenous African language, Xhosa. Over the years, Mda has won numerous accolades, including the Amstel Playwright of the Year Award, the Commonwealth Writers Prize and the Sunday Times Fiction Prize and his writing has been translated into over 21 languages. Mda has also been heavily involved in HIV and AIDS activism for over twenty years, founding the South African AIDS Trust.

I would highly recommend his third novel – The Heart of Redness – which explores the tension between tradition and modernity within Xhosa society, addressing the complexity of the South African colonial experience.