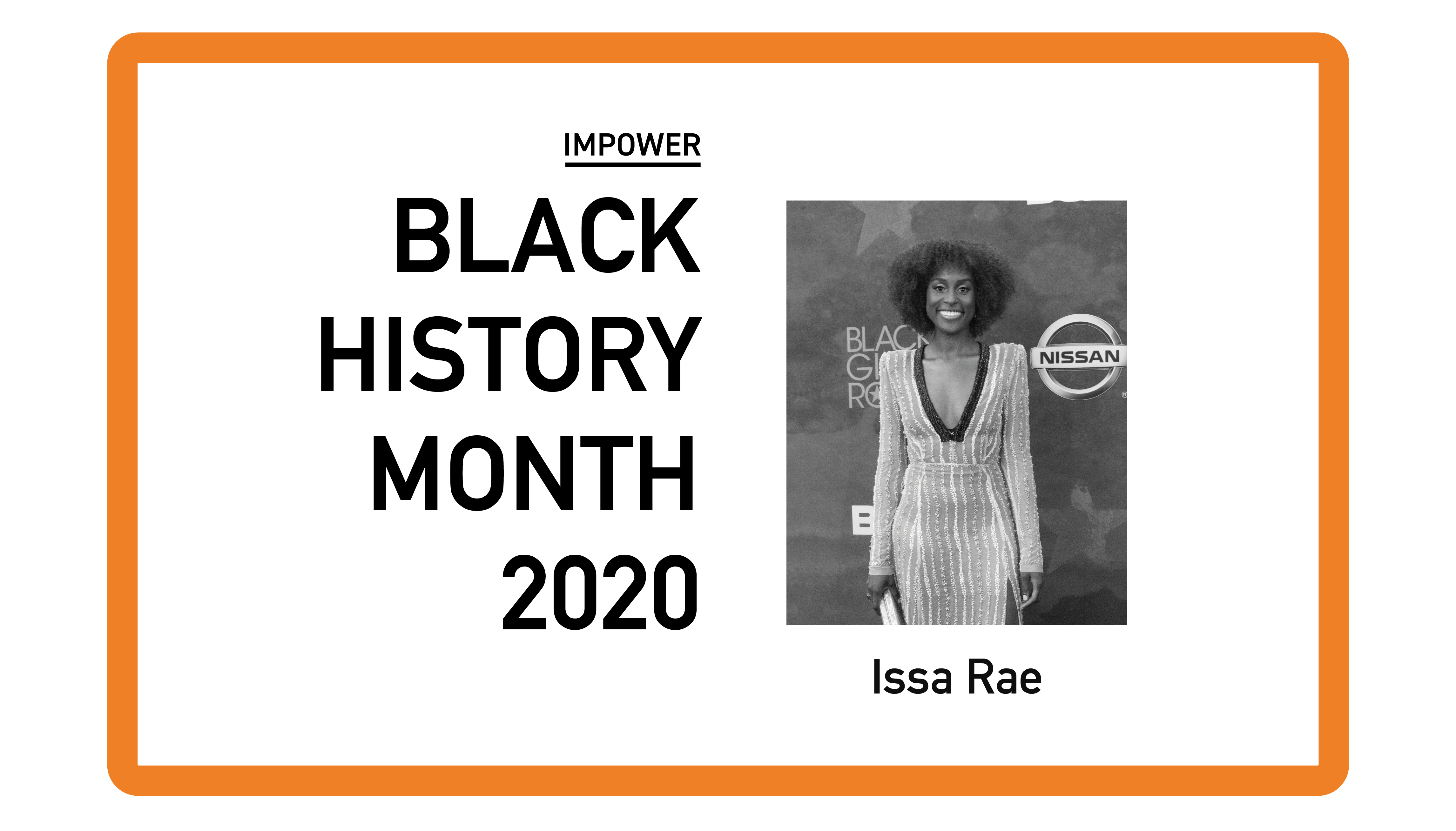 Issa Rae started her career in film, creating short web series and developing a platform for other people of colour to showcase their short films and series. She has since gone on to create, produce and star in her own international TV show, Insecure. Issa recently launched her own production company for film, tv and digital, Hoorae. She is part of a wave of creators that are creating content to show diversity, complexities and wide ranging stories of black people, focusing on storytelling and changing narratives in film and media for people of colour. Her influence in increasing diversity in media gives attention to and provides a voice for under-represented communities, through varied and multi-faceted stories.  Her work to bring new perspectives is fundamental to influencing and shaping this generation and those to come.

Issa is also passionate about community development and activism, and has used her platform to bring attention to police violence and brutality against black people. Following the police shooting of Alton Sterling in 2016, Rae raised $700,000 for the Sterling Family Trust to help pay for the Sterling children to attend college.