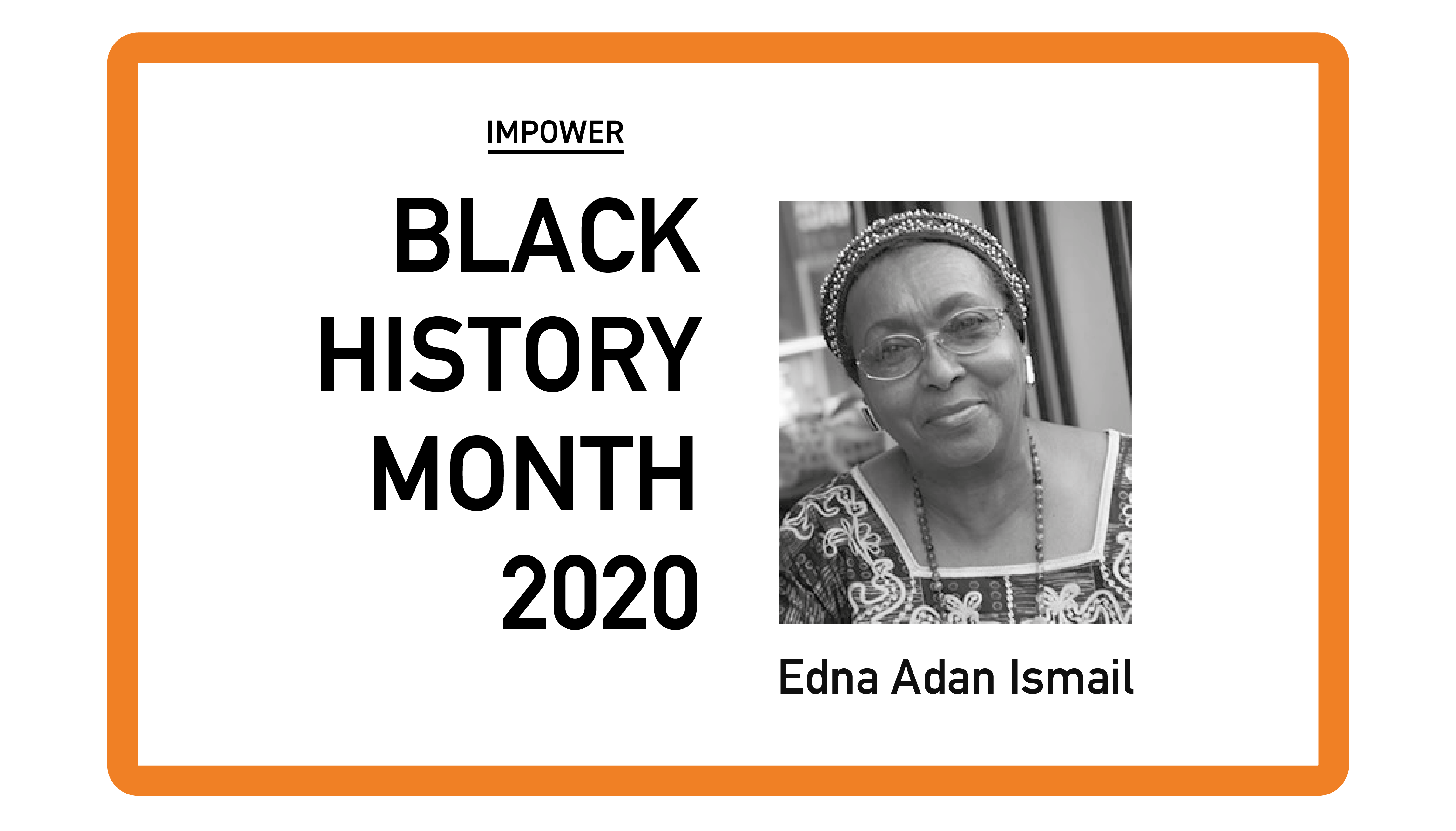 My influential person for Black History Month is Edna Adan Ismail. Edna was born in 1937 in Hargeisa, Somalia and was inspired by her father (a doctor) into a career in health & care at a time when many young girls didn’t finish school. She became the first practising midwife in Somaliland, built her own teaching hospital and trained generations of midwives across the continent. She became the first female cabinet minister with a focus on family welfare & social development, and throughout her career has continued to be the ultimate campaigner for women’s health and an activist and pioneer in the struggle for the abolition of female genital mutilation (FGM). Her work has directly impacted thousands and indirectly reached millions more.

I would highly recommend her book – A Woman of Firsts – easily the most interesting thing I’ve read this year.