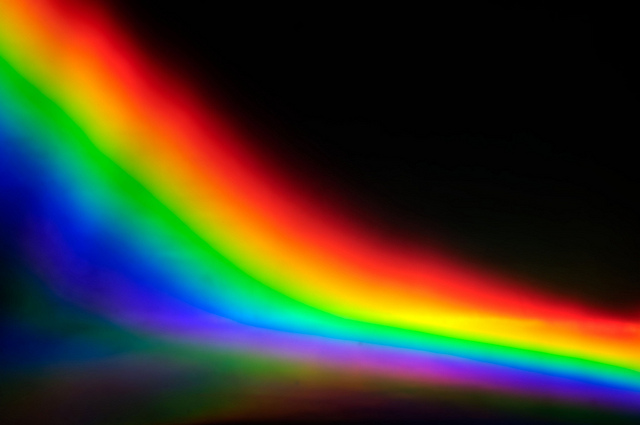 I admit it. I’m one of those sports fans who enjoys the analyst’s reflections as much as, potentially more than, the sport itself. This means I spend more time reading about games than I do watching them. It also means that from time to time I get to enjoy some incredibly thoughtful ideas through the prism of sports I like. In today’s Times the ever excellent Matthew Syed has written about a fascinating affect that we all, to some degree, experience in our everyday lives.

He argues that football fans (and more widely, all of us) suffer from ‘motivated reasoning’, where by you’ll post rationalise even the most objectionable actions through any form of thinking necessary depending on which tribe you belong to. It’s something that Drew Westen in the excellent book The Political Brain explored at length when it came to a persons’ support for a political party. The idea isn’t new, but it is persistently relevant, doubly so when it comes to those whose business is making a change happen.

When I think back on projects I have been involved with I’ve seen it repeatedly. A manager who defends a process to the detriment of a better outcome, a front line worker who turns in on the system in defence of the people they are trying to support or the senior executive ploughing ahead despite a stream of negative user feedback and unnecessary staff disruption. All I’ve seen and all are powerful examples of motivated reasoning in action.

Reading this morning, and reflecting on my own experience, triggered a thought I’ve long held about how we create a positive change in people. You see, traditional logic tells us that what we need to do to change from something that is sub-optimal to something better, is to show the people responsible a superior way of doing it. Essentially you show them a better answer. Unfortunately, this rarely works. The experiential truth (please suspend the semantics around the term ‘truth’) is that despite being exposed to something better individuals rarely feel compelled to change. Why? In short, because we haven’t convinced them that what they are doing currently is wrong.

For my part, I see this as a failure of the ‘best practice’ modus operandi that much of the public service landscape has fallen into. Ergo, the idea that when someone is underperforming we encourage them to watch, learn and mirror the behaviours and processes of someone who is doing it well. Take how we approach poor performing teachers as an example. One of the default responses to a poor performing teacher is to make them observe a high performing teacher. Logic tells us this is a good idea.

I took the example I noted above to some friends who are teachers and posed the question – what do you do with a poor performing one? Their response was illuminating. They argued that you should make them observe the worst teachers not the best. Why? Because firstly, this wouldn’t leave them feeling terrible about themselves; getting someone to do something differently is a lot easier when they don’t feel like all hope for them is lost. Secondly, and most importantly, they argued that it was much easier to see and recognise mistakes you are making through the prism of someone else.

This cuts to the core of how to create a sustainable change. You don’t trigger a shift because you’ve created a better answer; you trigger a change because you’ve found a way for someone to realise and accept the deficiencies of their existing approach by seeing it first hand in someone else. Others have already noted this phenomenon, the MINDSPACE framework talks about this in terms of ego and our ability to reflect in the third person. It’s about recognising the context within which a change is needed.

I, and many others more knowledgeable than myself, have recognised this and argued for a shift from a ‘best practice’ way of thinking to one of ‘best fit’. This approach respects context and takes a more flexible approach to how we trigger positive changes. If you look at the teacher example our current approach really doesn’t respect context at all. The high performing teacher is likely to be vastly experienced, your poor performing teacher not. The high performing teacher is likely to have been at the school for a period of time to establish a presence and reputation, the poor performing teacher has not. All of this information points to the limited impact simply observing a better answer actually has. It’s not about copying the best answer; it’s about finding your own one. This is the core message articulated in much of the writing (see above link) around best fit.

This is not a revolutionary idea. It’s more common sense. Yet like most ideas that seem so obvious they are often hidden in plain sight. It’s heartening to see senior sector leaders like Jo Miller of Doncaster tackle the impact of failing inspection regimes head on and calling out the inherent unfairness of a “cultural status quo” that encourages a binary way of looking at change and improvement. Most of us will have confronted motivated reasoning in a professional environment. Our response to this needs to reaffirm that positive change is about best fit, not best practice.

So, I am left feeling grateful. Much as one sees the error of their ways in the behaviour of others, I’m left with an idea refreshed, all through the prism of today’s sports pages. As I said at the start, I enjoy the comment after the games as much as I do the games themselves. I’m always left with a different way to think about things. Which as we’ve established, is the first step to actually doing something differently.