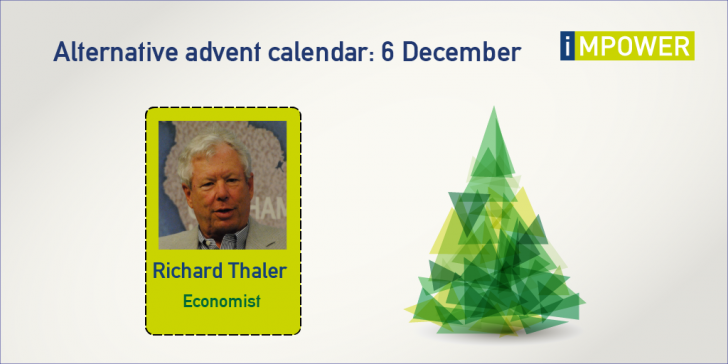 Richard Thaler won the 2017 Nobel Prize for Economics. By bringing together the study of human psychology with the study of economics, he invented a whole new academic field: behaviour economics. Rather than treat people as rational economic units that can cope with infinite information and always make the best decision, Thaler saw that humans are inherently a little flawed when it comes to decision-making… And given that we often need just a little nudge to help us maximise what’s best for us – from choosing a pension plan to making decisions on social care, or from healthier food choices to improving safety on the roads – he wrote a book with Cass Sunstein which has dominated behavioural thinking since it was published more than 10 years ago.  As a former economics student, and someone who could always use a little nudge to make healthier food choices – I am delighted that Professor Thaler won this year’s Nobel Prize.

IMPOWER is an organisation driven by a social purpose. We are a values led consultancy dedicated to the reform of the public sector.