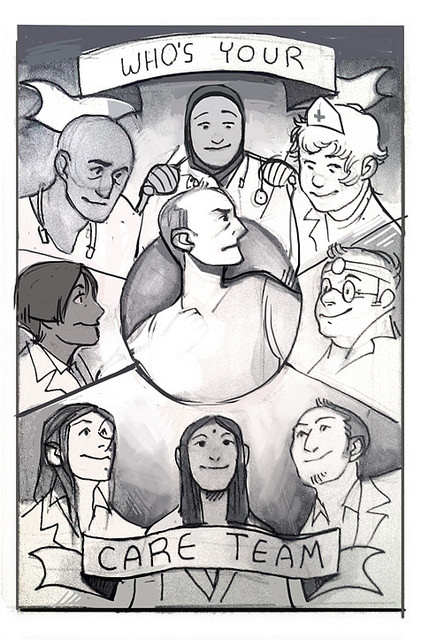 The five year forward view paints a picture of an improved NHS; fitter for challenges of our modern-day society.  At its heart lies the empowering of local populations to share in improving health outcomes for themselves and those around them. It holds an honest view of the thorn of prevention, in so much that it has not been grasped it again heralds the need to stem and change demand for services and the reduction of avoidable illnesses. The focus is across many key aspects of society and across age groups from childhood obesity to the 100,000 carers over 85; from the health and wellbeing of working age populations in general to the health and wellbeing specifically of the NHS workforce.

It’s clear that with the 70% of health service budgets being taken up by long term conditions something has to change.  So why hasn’t it? Well the five year forward view recognises that the behaviour of the NHS needs to change to empower a healthier, lower cost NHS population. But to achieve this you often need to recognise the things hiding in plain sight. It is these that make the difference.

IMPOWER’S experience in working to harness the latent potential within local populations shows that services overlook a shared default mindset – that over 60 years of ingrained ways of responding and behaving towards one another is not switched off overnight.  This isn’t something that can be solved singularly by the NHS, it requires a shift in patients too. Some would argue that patient behaviour can’t be influenced and ergo we should bend entirely to its will. I would assert that patient behaviour can be changed, it’s just that they might not be the first group that needs to move. This is a critical question, who jumps first? Staff or patients?  (Or both?)

The call to arms in the forward view is laudable and is optimistic. Linking early intervention and prevention to demand management is an exciting and subtle shift expressed in the paper. It places citizen behaviour at the centre of systems usage.  It moves from servicing and supporting irrational behaviour sets in populations and professionals to challenging and changing them. From treating the symptom to treating the cause. The ambition of the prose is incontestable, the challenge of turning it into action, real action, starts now.

We already harness behaviours to shift and reduce patterns of demand in many public services, be it to improve the recruitment of volunteers and carers, integrate professional working or generate new models of care. Our work at IMPOWER has already shown a distinct need to improve the relationship between the individual and primary care. Investing more into primary care and overcoming clinical boundaries through models such as the multi-speciality community providers approach is an interesting next step for example.

The danger is that we fall into familiar traps with too much attention being given to the next commissioning structure and not enough to the straightforward improvement of primary care as well as local population-based access to services at work and in the community.   Whether it is NHS staff, be they clinicians or managers or the general public, young or old, they can be influenced. The five year forward has created a behavioural economics shaped whole in the NHS’s future. The task now is how to fill it.